Michael Locasto is an AZ-based Coach for Leaders guiding men and women to connect to their deeper purpose. 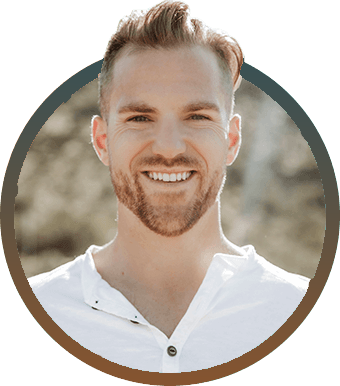 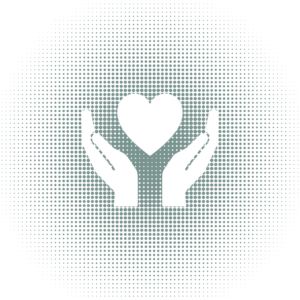 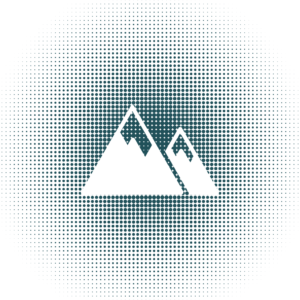 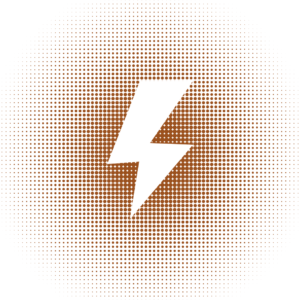 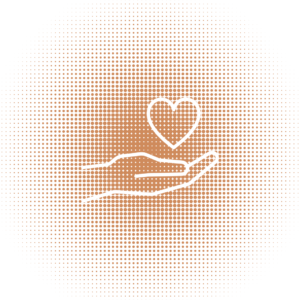 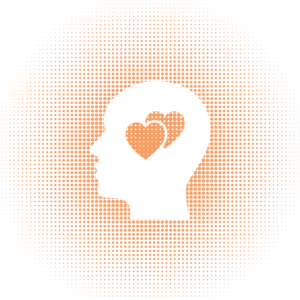 Michael is a human performance coach turned Inner Transformational Coach. Over the past decade Michael has helped hundreds of elite level athletes, high-performers, and other leaders as a strength & conditioning coach, movement specialist, manual therapist, and most recently a mindset & transformational coach. He now works with willing, sincere, and earnest individuals who are ready for lasting transformation and true liberation. Monk’s Mind is a byproduct of Michael’s life work in the field of human potential. His work combines mindset training, energetic coaching, breathwork facilitating, embodiment tools & practices, Eastern philosophy and flow state psychology. Here is a glimpse of Michael’s journey.

From a young age Michael was drawn to the world of human performance. His childhood, teenage, and young adult years were filled with athletics. When he was 10 years old, he was diagnosed with Scheuermann’s disease. A rare spinal condition that locks the vertebrae into a hunchback position. Doctors told him he would not have spine issues until he was 40 years old. Four years later he started having debilitating back pain. He sought the opinion of five different doctors. He would discover years later that these five doctors misdiagnosed his spine. The next eight years, as he was competing athletically, he attempted various forms of Western medicine: chiropractic treatments, unsuccessful rehab stints, cortisone injections, and eventually at the age of 22 his baseball career abruptly ended, and he opted to have spine surgery. Seven months after back surgery his spine had not healed.

Despite the struggles and challenges Michael never lost hope. As a life-long learner and deep thinker Michael went on to rehab his own spine without another procedure. Michael trusted that the life force that created the body could heal the body. He began recognizing this universal principle, which enhanced his curiosity as he continued to read countless books on unlocking human potential. Throughout his 20’s Michael had the auspicious fortune to work with some of the brightest minds in the field of human performance and train elite level athletes in all major sports. He worked for four prestigious universities, two world renowned performance centers, and the Arizona Diamondbacks.

It was during his time with the Arizona Diamondbacks where Michael’s Journey turned inward. A break-up from his 25-year-old girlfriend triggered a soul-awakening. After experiencing so much pain and suffering Michael knew it was time to break free from these mental and emotional prisons that were embedded in him at a young age. He was first introduced to transformational work in 2016 through the Landmark curriculum and Tony Robbins. Michael was introduced to Eastern philosophy, Dr. Joe Dispenza, and meditation that deepened his inner research. The idea that one could free themself from the false ego-identity endlessly fascinated Michael.

It was during his introspective studies where Michael began realizing that all the “problems” he thought he had existed only in the mind, and that the only time he would suffer was when he identified with the mind. The sages, masters, and wise beings all point to one place for freedom—the present moment. The present moment is not a destination, but rather a discovery. We are never not present, and yet we have somehow distracted ourselves from what is actually here. If we wants to discover true freedom it lies in the heart of our absolute nature. We humans are at our best when we are free, present, and peaceful.

Michael walked away from the baseball world as a strength & conditioning coach in 2019. It was at this time where he would spend the next three years in deep inner transformational work. To truly be free one must experience all the ways one is not. In 2021, he had a profound spiritual awakening sitting with his teacher & renowned energy coach, Natalie Ehmka, where he experienced a timeless state of liberation. He spent the next year and a half reorienting his life around this internal peace, freedom, and presence.

He received the download to share his insights, lessons, and wisdom with the world through the entity of Monk’s Mind in 2022. Michael knows that his journey, though unique to him, is not so different than anyone else. He knows that we humans are far more similar than dissimilar. Every human suffers from fear, insecurities, and self-limiting beliefs. Michael believes we are given these challenges, obstacles, and hardships to awaken to truth. The root of all suffering is a misidentification of Self. The ego-identity formed in our early years has been largely unquestioned, and yet is responsible for 100% of psychological suffering. When one begins questioning his or her identity, this opens one to a whole new world.

True purpose is the moment-to-moment revelation of our absolute nature. Whether one is consciously aware of it or not life’s greatest invitation is to know one’s True Self. To know oneself is to know a world beyond fear and suffering. Spiritual freedom is the recognition of that aspect of our experience that is always present, our being. It bears the fruit of unshakable presence, timeless peace, and true liberation. There are infinite number of paths to realize our inherent nature. Michael provides transformational coaching and breathwork training to begin to disentangle from the mental and energetic web of suffering. It is clear that today’s world has more mental health issues than any other moment in history. At a time with so much information available to us it seems as though we are even more conflicted on how to use our minds and not be used by it. Michael’s work is in guiding individuals to that place internally where all problems are dissolved.

In 2020, eight years after back surgery, Michael completed a 100-mile ultramarathon in the desert. His spine is also straightening as a byproduct of this inner healing work. He continues to work with elite level athletes, business leaders, and spiritual seekers guiding them into alignment with their true nature. It is his life’s work to remind people where their true power lies—within. Michael holds the intention that his work be for the greatest and highest good for all. He currently sits with Advaitic Zen Master Mooji daily to deepen into this timeless wisdom. Michael is infinitely grateful for all the people who have helped him on this journey. He knows the divine is with him every step of the way. It continues to unfold today.

Michael shares his gratitude and reverence for these beautiful beings that have been paramount in his transformational journey:

Awakening the world to their absolute nature.

To empower high-performing leaders to break free from societal programming & childhood conditioning through transformational coaching and breathwork to make a bigger impact.

Mental Liberation – Disentangle the mind from its endless labyrinth.

Spiritual Freedom – A world beyond fear and suffering. 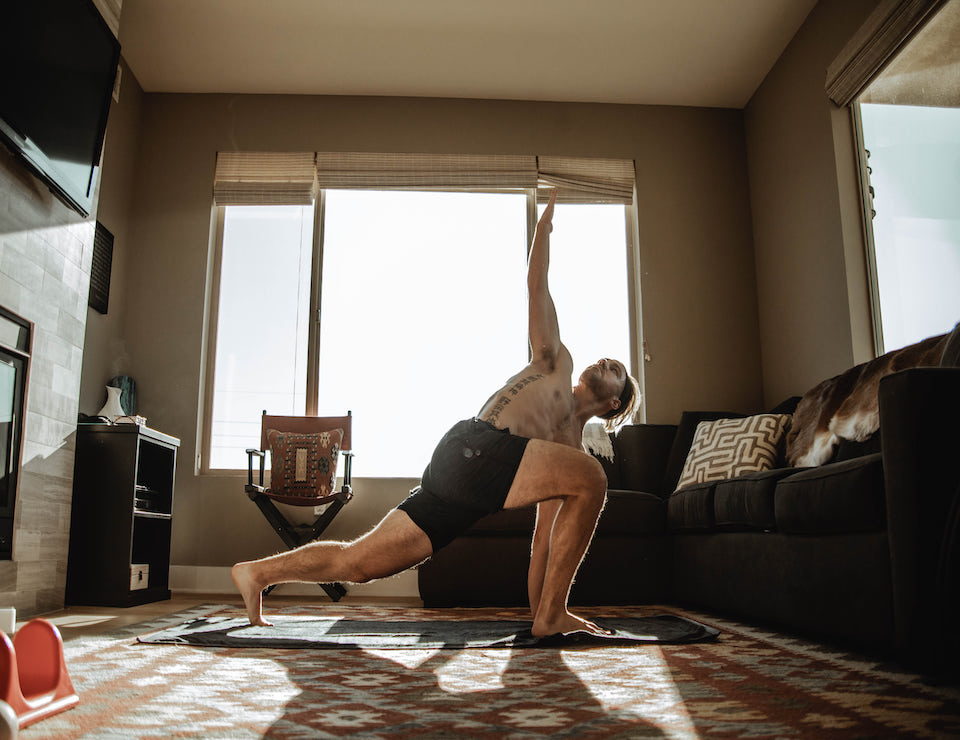 Care about what other people think and you will always be their prisoner.”

See what people are saying.

“There’s certain kind of qualities you look for in a coach. Communication, leadership, discipline, knowledge, and patience. These are just some of the qualities that Mike Locasto exhibits. I’m so glad he was with me in my journey to the big leagues.”

“Mike has been an inspiration to me since the first day I met him. Since working with Mike, I have taken full control of my life in all areas. From implementing a morning routine, to intermittent fasting, to improving my performance in the weight room, Mike has been an amazing and all-encompassing coach. Mike does a great job of equipping you with the tools you need to eliminate resistance in your life as well as the power to create an infinite number of possibilities. If you are looking to begin your journey to living your best life both mentally and physically, Mike is your guy.”

“Michael is the ultimate professional. His ability to connect on a personal level with others as a person first creates a foundation built on trust and loyalty. His caring attitude and love for those around him is infectious, which creates a free space for culture! Because of his commitment to being the best version of himself, he is able to in turn help others commit to what lights their soul! He is the real deal!”

“Mikey was always a coach that was easy to talk to and brought powerful insight in various mental strategies.”

“Mike is one of the most dedicated, passionate, and highly driven men I know. He is committed to his work, his life and is eager to improve lives around him. Mike has made an impact in my life that I’ll never forget nor lose inside. He became a brother of mine since the day we crossed paths in Missoula, Montana in 2016. Remember you’re in control of your own destiny as we all are AWARE! Your success has already happened, your success is already within that YOU created.”